Short Retrospective Journey Into the History of Betting Systems

Casino games have a long history of existing and since the creation of first games; scientists and mathematicians have started to create different strategies and systems, which could help to increase the gamblers' chances to win. They have tried to overcome the randomness of the game. 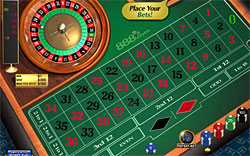 Napoleon Bonaparte used to say "There will come a day that the calculation will win the case!" This day actually didn't come, but since that time plenty of primary tactics have been developed.

As far back as 17th century Swiss mathematician Jakob Barnoulli determined "The law of large numbers", which says that "In a series of tests, the possibility, that an event will occur at least once, increases with the extension in the number of tests, provided in each of them".

As the years went by, the theories, which the gamblers use in modern times, were created. Among them, there are the following theories:

The most popular one among the roulette players theories are Martingale and d'Alambert systems. One of the worldwide prominent gamblers Charles Wells used Martingale system of the high risk. Charles Wells became popular as the man, who broke the bank at Monte Carlo. And afterwards, in 1892, the song with the eponymous name was written by Fred Gilbert.

Nowadays Internet has spread in all spheres of people's life, and casino games are not the exception. There are a lot of offers of selling "guaranteed" systems of victory in World Wide Net. The majority of systems can be divided in two classes. The first one is based on a money management concept (doubling of the bet after each loss). The second one is a group of strategies, which are the altered versions of already known strategies.

It is indispensable to realize that any systems can't guarantee that the roulette player will win all the time. The roulette wheel has no remembrance and every spin is a completely new one and doesn't depend on the previous one.

Most of sold on Net strategies have the main goal to drain money from the gamblers. So everyone needs to beware of such system sellers.