Roulette is one of the most popular casino games. And it is not surprising that the history knows many names of great gamblers.

There are real stories and movie stories of gaining huge amounts of money in roulette casino game. Big losses are not the exception.

Blaise Pascal presented a basic form of roulette wheel in 1655

Every big roulette fan heard at least once the names of Joseph Jagger, Charles Wells and Ashley Revell. Joseph Jagger won over 325 000$ in 1873. Charles Wells is known by the fact that in 1892 he managed to break the bank at each table he played those days. In 2004 Ashley Revell put all the money, 135 300$, on "Red" on a double-or-nothing table and won 270 600$. Gonzalo Garcia-Pedayo from Spain won more than a million dollars over a period of few years in Madrid casino. He used a special computer device to determine the most frequently hit number on the roulette wheel. 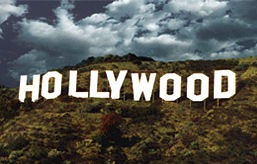 The historical center of movie studios

The most famous movie story of wagering vast sums of money is the film Casablanca (1942), where Rick urged refugee to place a bet on 22. Rick cheated and with the help of croupier the 22 bet came up and the refugee got the payoff of 3780.

Another story of great winnings was in the Kent's music video "Palace & Main", where the guitarist goes to Las Vegas to bet the whole video budget on black. He won and the winnings spent on charity. 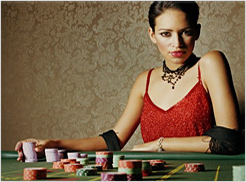 The film The Sting (1973) describes the story how Johny Hooker took all his money conned and lost scarcely all of it on a single bet.

In 2009 illusionist Derren Brown bet 5000£ on number 8. The ball landed on 30 (the adjacent number). His game was shown on TV with the help of hidden camera in the sleeve.

So, different stories of victories and losses have been created within the fascinating roulette history.

Taking into consideration the historical development of wheel games, similar to contemporary roulette casino game activities were had been held hundred years before French roulette became a popular game in Paris. It was at the end of French Revolution, which took place in 1789-1799. Roulette-like games were the games of the Italian origin called Hoca and Biribi, and the English game of E.O. ('Even' and 'Odd'). There were also such English wheel games as Roly-Poly, Reiner and Ace of Hearts, which altogether probably gave the birth to a modern roulette. The Hoca game was spreading within Europe quickly; Cardinal Mazarin, a chief minister of France, built some Hoca casinos in the middle of 17th century to save money for the royal funds. 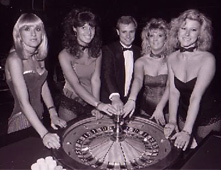