Charles Wells - the Man who Broke the Bank at Monte Carlo

Charles Deville Wells is a famous gambler born in 1841 in London. Since his childhood, Charles wanted to be very rich, pretending himself to be a great inventor. 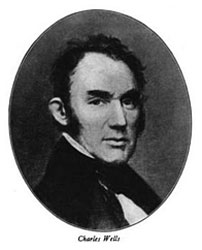 As a great "inventor" Charles Wells took credits for his inventions, but spent the money playing a roulette casino game. He considered that it was the best outlay. Wells's great "invention" was "musical jump rope". He was telling the creditors the stories about his musical rope, which didn't really exist. His aim was just to persuade them to originate a loan.

In 1981 Charles Wells went to Monte Carlo for the first time. He had 4000 Â£. Within 11 hours, the gambler has managed to win 1 million francs and has broken the bank 12 times.

The casino term "to break the bank" is the translation from French "faire sauter la banque". The translation is not, actually, the right one. The literal translation is "to blow up the bank". This term means to require more chips to be brought to the table.

In November 1892 Charles Wells came again to Monte Carlo. Within three days he has managed to win a million francs. He has broken the bank 6 times and has made 5 consecutive winning bets on number 5. But sooner or later, the lucky gambler's winning streak has come to end. He has lost all his money.

Soon after the devastating loss, Charles Wells was arrested in Le Havre and sent to prison for eight years. After the detention, he changed his name to Davenport and continued playing under the new name. But he was very quickly arrested and sent to the prison for three years.

Everybody wanted to know the secret of Wells's success. Casinos hired detectives to discover his system but it was in vain. The great gambler told that he had only a lucky streak. He, actually, used Martingale system of placing bets. When he was playing, crowds of people gathered around the table to watch his fascinating game.

Charles Wells became famous like the man who broke the bank at Monte Carlo not only in Great Britain, where he was born, but all over the world. In 1892 the song with the eponymous name was written by Fred Gilbert.

Some people say that this song is dedicated to another great gambler Joseph Jagger. But it's incorrect, as it hadn't been written until 1892.